Jewish Family & Career Services is proud to honor our MOSAIC Award recipients. These five individuals who call Louisville home have made significant contributions in their professions and our community. To date, JFCS has recognized almost 70 refugees, immigrants and first-generation Americans who make our community richer and stronger for their work. We are excited to have Neeli Bendapudi, Di Tran, Berta Weyenberg, Kaveh Zamanian and Bapion Ziba join the ranks of these remarkable individuals.

This is Kaveh Zamanian’s story.

Kaveh Zamanian came to the United States from Iran with his family in the midst of the revolution in search of a better life. Still a teenager, Kaveh used sports and music to connect to other kids his age, adapting to his new life in America quickly. His family settled in California and Kaveh went on to pursue his education and began a successful career as a clinical psychologist and psychoanalyst.

Kaveh met and married and his wife, Heather, a native of Louisville. Together they decided to move closer to her family – who have been in the area for four generations – making their home here in Louisville eleven years ago. Once in Louisville, Kaveh fell in love again – this time with bourbon. This was his catalyst to launch his own distillery as it sparked his passion for learning more about the tradition held so closely in Kentucky.

As a proud immigrant and American, Kaveh was inspired by the opportunity to elevate a product so thoroughly entrenched in Kentucky heritage that he took his career down a different path – a rabbit hole –establishing Rabbit Hole Distillery in 2012. As a newcomer to the industry, he quickly became part of the bourbon renaissance and the Kentucky Bourbon Trail which brings visitors from around the world.

More than elevating and expanding the possibilities of the industry in which he leads, near and dear to Kaveh’s heart are volunteer opportunities with agencies focused on refugee resettlement and serving those that are vulnerable in the community. JFCS is similarly passionate about expanding possibilities Louisville and about serving those in our community who need support and assistance the most.

Learn more about our other MOSAIC Award Winners and about the services and values JFCS provides to expand possibilities for each person and every family in Greater Louisville. 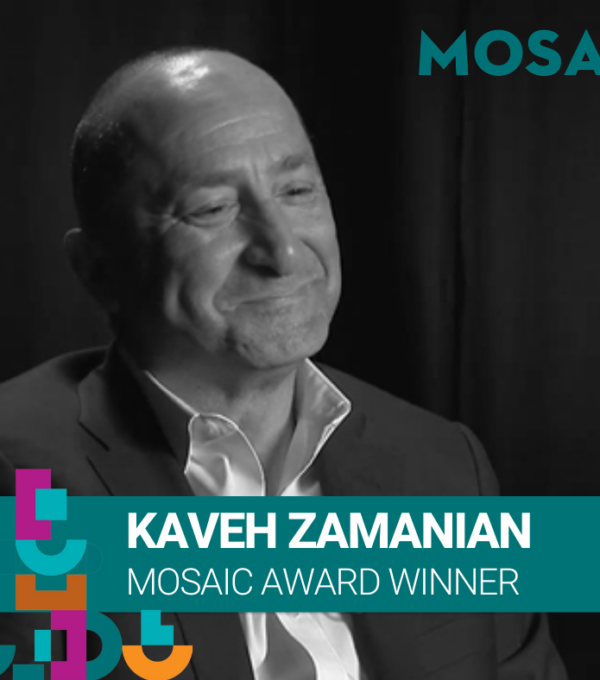