Jewish Family & Career Services is proud to honor our MOSAIC Award recipients. These five individuals who call Louisville home have made significant contributions in their professions and our community. To date, JFCS has recognized almost 70 refugees, immigrants and first-generation Americans who make our community richer and stronger for their work. We are excited to have Neeli Bendapudi, Di Tran, Berta Weyenberg, Kaveh Zamanian and Bapion Ziba join the ranks of these remarkable individuals.

This is Bapion Ziba’s story.

Bapion first came to Louisville more than a decade ago. He permanently resettled in Louisville from his home, Burkina Faso in West Africa, in 2015. Growing up, he was raised by his father and did not know his mother for the first 16 years of his life.

Bapion learned about cooking from his grandmother and aunts, a tradition he continues with his own children today. They encouraged Bapion to pursue his love of cooking and from an early age, he would put together his own menu and prepare dishes – a precursor to managing successful restaurants. Bapion continued to grow his culinary skills while in boarding school, choosing to cook for himself rather than eat at the school’s cafeteria.

Bapion’s formal culinary training and early career was in France. Over his career, Bapion helped launch restaurants there and in Casablanca, Morocco. After coming to Louisville, he began catering. When he decided to pursue his dream of opening his own restaurant, he connected with Jewish Family & Career Services. Through JFCS Navigate, Bapion received business advising, took marketing courses and worked with our microloan program to launch Ziba’s Bistro at the Logan Street Market.

Today, Ziba’s Bistro is a thriving local favorite where you can experience internationally inspired dishes with the flavors of West Africa fused with French, Italian, and American cuisine.

Additionally, Bapion continues to pay it forward by volunteering with the Burkinabe community and African community groups by supporting other immigrants who have moved to Louisville. Bapion has also returned to his home community in Burkina Faso to purchase pumps and irrigation equipment to help farmers as well as mentored aspiring chefs who can learn from his experience.

Like many JFCS clients, Bapion sought help and support to realize and pursue his lifelong dream of owning his own restaurant. At JFCS Navigate, we believe every entrepreneur deserves the opportunity to pursue their dreams and every day we empower them to find their own pathway to economic self-sufficiency.

Learn more about our other MOSAIC Award Winners and about the services and values JFCS provides to expand possibilities for each person and every family in Greater Louisville. 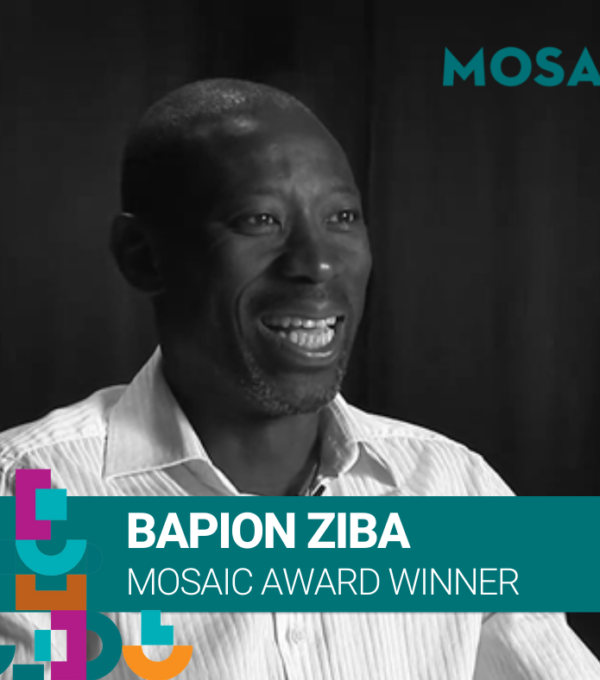