Frank Schwartz is a born community organizer and leader who exudes compassion in all his endeavors. Born in Budapest, Mr. Schwartz escaped from Hungary in 1956 seeking refuge with his family in Toronto, Canada. He moved to New York in 1960 and served in the U.S. Army from 1966-68. In 1972 he graduated from Brooklyn College of the City University in New York with degrees in political science and English literature.

Schwartz came to Louisville in 1974, attending  the University of Louisville and earning a masters degree in social work from the Kent School in community organization. Mr. Schwartz led Project Warm, a non-profit providing weatherization education and services at no cost to low-income households. He started his journey as a volunteer, then becoming the volunteer coordinator, and was named Executive Director in 2010. “Affordable housing and energy conservation is a community issue,” Schwartz responded when asked why he chose Project Warm and has stayed there for so long. “I believe that my work with Project Warm gives me the opportunity to make a difference in the areas of housing and energy efficiency.”

Now, Mr. Schwartz is working to help Cohousing Louisville, a national nonprofit supporting cohousing communities in changing our world. He volunteers throughout the community including Adath Jeshurun, JCRC and The Federation. A true reflection of JFCS values, Mr. Schwartz is incredibly deserving of this year’s MOSAIC Award. 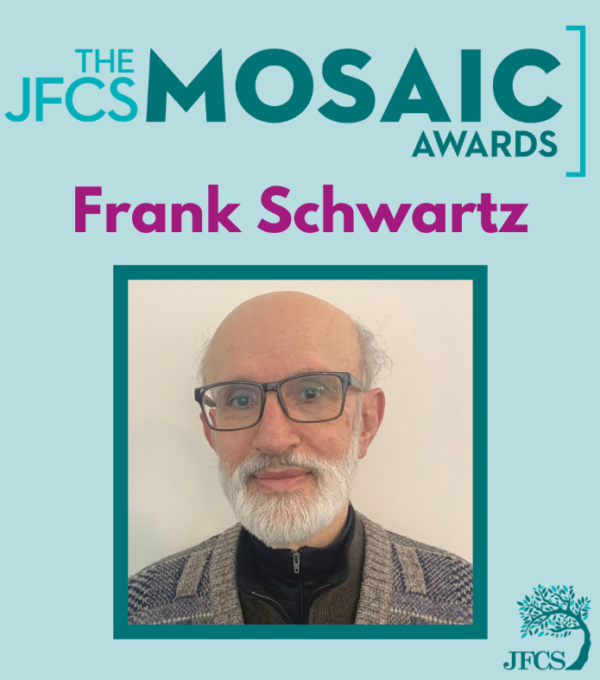